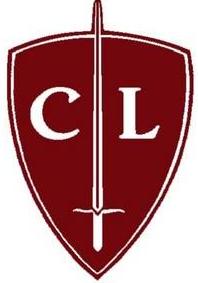 NEWS PROVIDED BY
The Catholic League for Religious and Civil Rights
Sept. 13, 2021

NEW YORK, Sept. 13, 2021 /Standard Newswire/ -- The University of Pittsburgh has agreed to have its fetal tissue research practices independently reviewed by the Washington, D.C. law firm of Hyman, Phelps & McNamara. Last month, the Catholic League called upon the Pennsylvania Auditor General to launch such an investigation.

We are delighted that Pitt got the message.

Over the summer, we learned that Judicial Watch was representing the Center for Medical Progress in a quest to obtain documentation of alleged human organ harvesting at Pitt. According to their probe, organs have been harvested while the baby's heart is still beating. The University has steadfastly denied wrongdoing.

On August 17, Bill Donohue wrote to Pennsylvania Auditor General, Timothy L. DeFoor, asking him to determine whether state and federal funds are being used by Pitt for arguably criminal activity. He sent a copy of the letter to Pitt's chancellor, the dean of the medical school and a press official at the University.

As important as anything, in our news release that same day, we printed the email address of the Auditor General, asking our subscribers to contact him. Thousands did, and their effort paid dividends.

Is Pitt involved in a fetal organ "chop shop"? We do not know. But we need to find out without delay.

"If it is true," Donohue said in his letter to the Auditor General, "as some doctors have said, that in order to perform some of these procedures, 'The baby's going to have to be either born alive or be killed immediately prior to delivery,' then justice demands that a thorough investigation take place. I urge you to do so."

In February, the United States Conference of Catholic Bishops' Committee on Pro-Life Activities issued an excellent statement on the propriety of human fetal tissue research. It implored the government, which allows abortion, not to "add injury to insult by treating the innocent abortion victim as a convenient laboratory animal for research protocols deemed unethical when applied to other members of the human family."

If Pitt has nothing to hide, then so be it. But if some of the horrible accusations are true, then it must cease and desist and be held accountable.

We are pleased to have played an important role in getting to the bottom of this issue. Many thanks to those who let their voice be heard.

SOURCE The Catholic League for Religious and Civil Rights