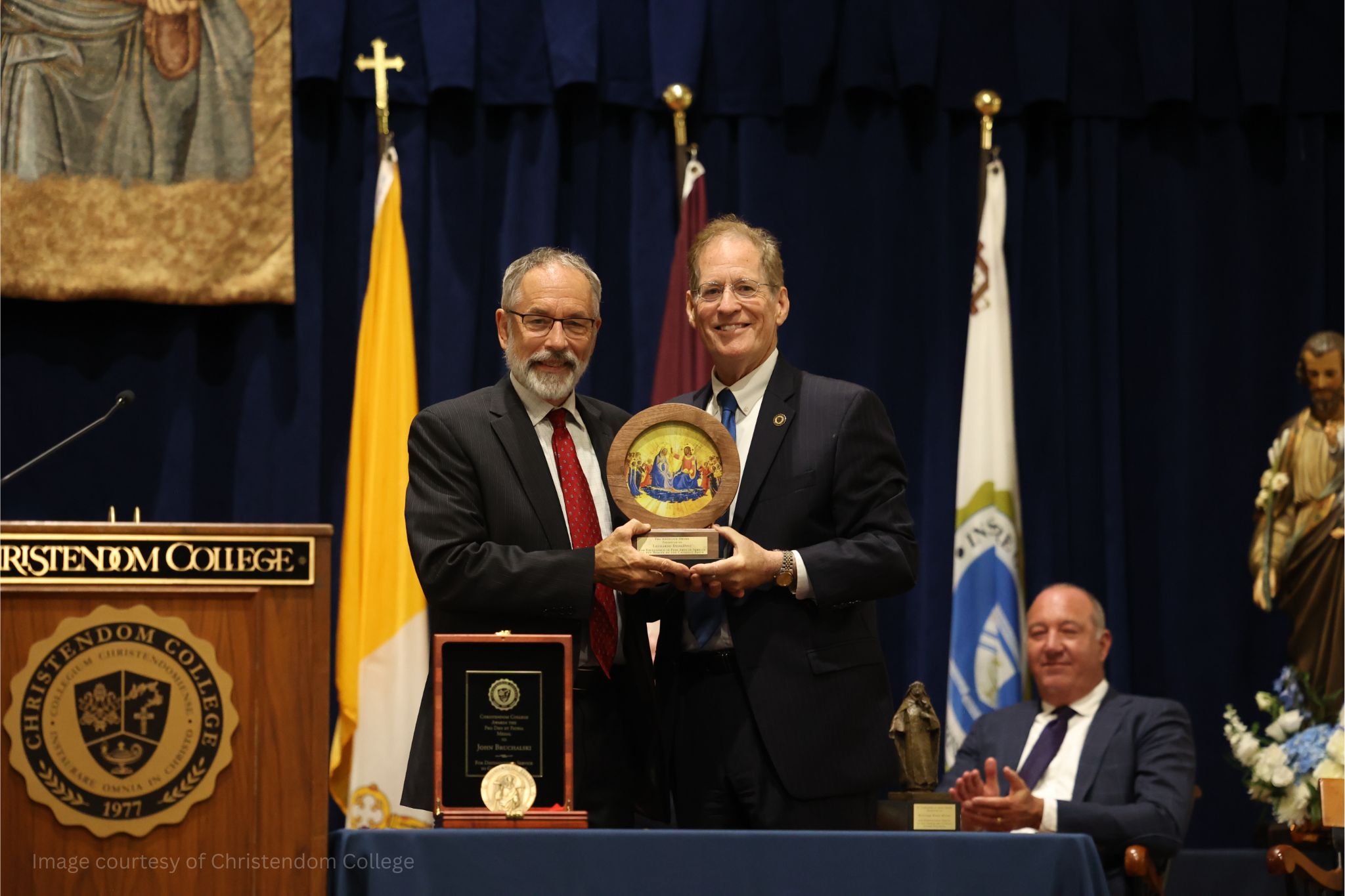 The Fra Angelico Award recognizes Leonardo's fidelity to the Church through Saint Luke Productions, the theater and film company he founded in 1980. An actor, producer, and award-winning director, Defilippis' works have evangelized millions with live dramatic productions and films, bringing Christ's message to the modern world.

Leonardo expressed his gratitude saying, "Fra Angelico is such an important model for our age, especially for artists. He exemplifies the union of art and truth, for he not only produced works portraying the beauty of the Catholic Faith, but also lived his faith daily.

"The Church is not an institution. It is a person. It's Christ. Christendom's motto is 'Dare to be Great.' I challenge you to not just dare to be great, but, like Fra Angelico, dare to be Christ."

Leonardo and his wife Patti Defilippis have produced countless inspiring plays, films, and audio works. Current live national tours include Tolton: From Slave to Priest, Maximillian and Vianney. Two films, Tolton and Heart of Mercy are in post-production and scheduled for release in 2023. These movies and plays continue to share Christ's message through the media and attest to Leonardo's commitment to presenting to the world the beauty of the Catholic Faith.