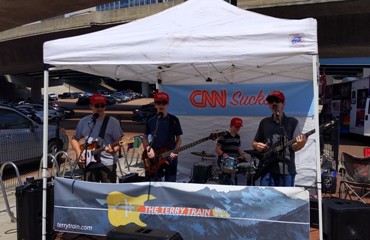 The Terry Train is a family band comprised of the sons of Randall Terry, President of Society for Truth and Justice. They have been covered by Huffington Post, Washington Post, New York Times, World Net Daily, Gateway Pundit, Breitbart, and dozens of other media outlets.