"When You Speak" Gives Refreshing First Look Into Camp's Next Project 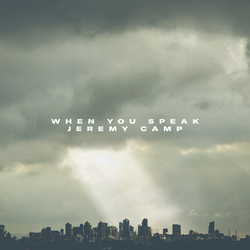 With 41 No. 1 singles over his storied career, Jeremy Camp returns with "When You Speak," the refreshing first look into Camp's new album, due later this year. The song follows the chart-topping success of his most recent project, The Story's Not Over, which yielded three No. 1 radio hits — "Dead Man Walking," "Keep Me In the Moment" and "Out of My Hands."

Following the release of the biopic based on Camp's life, I STILL BELIEVE, Camp found healing from a tumultuous 2020 in being still and slowing down. Camp combines his gifts as a worship leader and his passion as a worshipper with a fresh, young sound celebrating God's restorative power.

"God gave me the words I didn't think I had for the longest time," says Jeremy Camp. "I'm so pumped to share this new music which brought life to my soul after a very dry season." 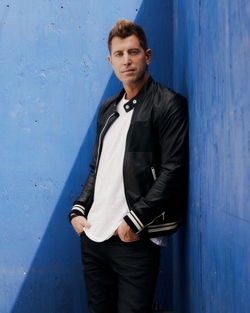 Jeremy Camp is one of the most accomplished male artists in Christian music. With 5 RIAA Gold Albums, 5 million albums sold, a GRAMMY® Award nomination, 3 American Music Award nominations, 5 Dove Awards, 4 ASCAP "Songwriter of the Year" Awards and over 40 No. 1 radio hits across all formats.

ABOUT JEREMY CAMP:
Throughout his 18-year career, Capitol CMG artist Jeremy Camp has established himself with landmark accolades including: