'Horror Story' of Violence Against Women Must End, Says Gospel for Asia 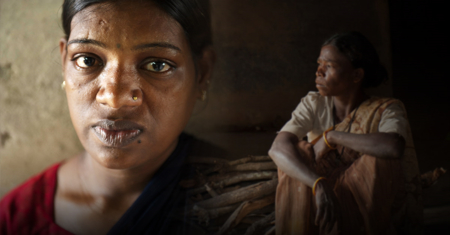 'HORROR STORY' OF VIOLENCE AGAINST WOMEN: Faith-based missions agency Gospel for Asia (GFA, www.gfa.org) says the "horror story" of violence against women and girls must end. The Texas-based organization urges people to speak out against violence as GFA marks the International Day for the Elimination of Violence Against Women, Nov. 25.

WILLS POINT, Texas, Nov. 19, 2019 /Standard Newswire/ -- A staggering one-third of women and girls around the world will suffer physical or sexual violence in their lifetime, missions agency Gospel for Asia (GFA, www.gfa.org) reports, as the organization marks the International Day for the Elimination of Violence Against Women on Monday, Nov. 25.

"We live in a troubling, soul-searching time," said GFA founder Dr. K.P. Yohannan. "The horror story of violence against women begins when people no longer see others as being made in the image of God."

The global epidemic of violence against women is now so critical that the United Nations has set aside Nov. 25 as an annual event, calling for governments and people to speak out against cruelty and injustice.

Violence against women in the United States is soaring. The Justice Department estimates that 20 percent of female undergraduates in American colleges will suffer rape or attempted rape. Many victims suffer in silence, never reporting the attack or seeking help.

Shocking Statistics
This only skims the surface of this devastating -- and largely unreported -- problem. Globally, violence against women and girls is shockingly commonplace.

In South Asia, Geeta, a mother of two, was beaten with a rod by her drunken husband whenever she served a meal he didn't like. When Geeta's husband left her, she became a prostitute to survive. But despair turned to hope when a local church found a safe home for Geeta and her children, and the children enrolled in a GFA-supported Bridge of Hope school for needy children.

Celebrating its 40th anniversary in 2019, Gospel for Asia (GFA, www.gfa.org) is a leading faith-based mission agency, bringing vital assistance and spiritual hope to millions across Asia, especially to those who have yet to hear the "good news" of Jesus Christ. In GFA's latest yearly report, this included more than 70,000 sponsored children, free medical camps conducted in more than 1,200 villages and remote communities, over 4,000 clean water wells drilled, over 11,000 water filters installed, income-generating Christmas gifts for more than 200,000 needy families, and spiritual teaching available in 110 languages in 14 nations through radio ministry. For all the latest news, visit our Press Room at https://press.gfa.org/news.