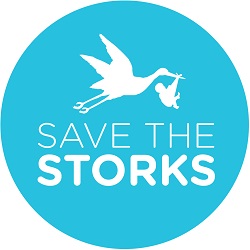 COLORADO SPRINGS, Colo., Jan. 6, 2021 /Standard Newswire/ -- Save the Storks is excited to announce it has named Diane P. Ferraro the new Chief Executive Officer of the organization.

Diane has been a key member of the executive and leadership teams at Save the Storks since 2018. Before joining Save the Storks, Diane served in various critical roles at large corporations, including overseeing marketing and communication efforts at a national retail chain based in Southern California that grew from $60 million to $120 million in annual revenue during her tenure.

"We are grateful for her decision to lead Save the Storks and help bring unity to the pro-life movement," said Herb McCarthy, Save the Storks Board Chair. "I am confident Diane is the right person to lead us in serving pregnancy resource centers (PRCs), moms, babies and families. She is a seasoned leader with a heart for reaching women."

Diane is a life-long pro-life advocate, largely because of her own story.  She was adopted as a baby after her mother chose life for her. She is passionate about ensuring that a mother's decision for life is not where those in the pro-life movement end the relationship, but rather is the beginning of a partnership.

"I am incredibly humbled and honored to be the new CEO at Save the Storks and to serve the pro-life community with our dedicated team," Diane said. "This ministry has been progressive in reaching abortion-vulnerable women since its inception. The work Save the Storks does to serve and support pregnancy resource centers is something I look forward to expanding into more cities across the United States as we continue to join forces with other amazing pro-life organizations. Together, we will work to let women know that true choice, a choice that a mother will not regret, is the choice for life."

Diane continued: "We are for every woman.  We are committed to the truth that a woman facing an unplanned pregnancy has many options, not just one.  We will help her understand that she is brave enough, strong enough and fully capable of choosing life for her baby and for herself. My birth mother's story is an inspiration to everyone she meets. I want every woman to have the confidence that they too have a story that is worth telling."

Her plans for Save the Storks include strategic partnerships with other pro-life organizations to build unity and a comprehensive plan to reach more abortion-vulnerable women through digital marketing. She will also support current efforts for Storks' new PRC partner program to help them become even stronger resources in their communities.

You can watch her powerful pro-life speech from Stork Ball 2020 here.

About Save the Storks
Save the Storks exists to inspire cultural change by shaping compelling pro-life narratives and empowering strategic partners to serve and value every life. Since 2012, the organization has partnered with pregnancy resource centers across the United States to empower women with choice during pregnancy.

For more information about Save the Storks visit savethestorks.com.

SOURCE Save the Storks