Kari Jobe Plays to Sold Out Crowds Night After Night

NEWS PROVIDED BY
Premier Productions
May 20, 2021

NASHVILLE, May 20, 2021 /Standard Newswire/ -- Premier Productions celebrates the comeback of live concerts with numerous sold out shows in Spring 2021 for artists like We The Kingdom and Kari Jobe.

"Concerts are not just on their way back, concerts are back with much support from avid fans," says Premier Co-Owner, Shane Quick. "The artists and teams behind these shows are elated to be reunited together with their fans once again." 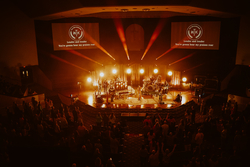 "We are so excited to be out on our first headline tour," said Ed Cash with We The Kingdom. "The energy and response from the crowd has been overwhelming. What an honor to get to sing together again!"

We The Kingdom's first-ever headline tour sponsored by illumiNations is benefitting from the excitement of concert-goers with two sold out weekends and counting. Future tour dates are either sold out or very close to selling out. The winner of New Artist of the Year at the 2020 GMA Dove Awards, We The Kingdom has garnered more than 180M global streams to-date. We The Kingdom has recently been nominated for Top Christian Album at the 2021 Billboard Music Awards for their hit album, Holy Water. 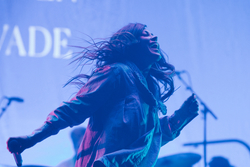 "We are having such beautiful and powerful nights on this tour," says Kari Jobe. "It's such a gift to be able to gather again with the church and worship Jesus together. These nights have been a great reminder that the church is alive and strong."

Kari Jobe is seeing an abundance of sold out shows after proclaiming blessings over 2,500 attendees at each tour stop. The first three weekends of The Blessing USA Tour have been completely sold out, which is proving that audiences will be beyond ready to return to venues. The Blessing USA Tour, sponsored by illumiNations, is expected to sell out all tour dates. "The Blessing (Live)" was the #1 most consumed new release for 2020 and continues to lead the charts. The wildly popular anthem was nominated for Top Christian Song at the 2021 Billboard Music Awards.

"We knew that fans had a desire to come back to concerts, but their enthusiasm has blown us away," says Shane Quick. "Both We The Kingdom and Kari Jobe are delivering exactly what people need to experience and it feels that both are poised for exponential growth."

About illumiNations
illumiNations is a collective impact alliance of 10 of the leading Bible translation agencies and their resource partners working together to eradicate Bible poverty in this generation. Of the 7,000 languages spoken around the world today, approximately 3,800 have little or no access to Scripture. IllumiNations is working to change this by making God's Word accessible to all people by 2033. IllumiNations is inviting people around the world to take illumiNations Twelve Verse Challenge. We have the opportunity to be the generation that could be the first people, in the history of the world, to see nobody trapped in the darkness of Bible poverty. Please visit illuminations.bible/12VC.