SACRAMENTO, Calif., Aug. 25, 2022 /Standard Newswire/ -- The results of a recent poll conducted by Rasmussen make it crystal clear that a vast majority of California voters do not support what Proposition 1 promises – abortion on demand until the point of birth.

This poll was not a fishing expedition for the opinions of conservative pro-life voters. In fact, 70% of respondents identified as either Democrat or "Other" and just 30% identified as Republican.

Overall, this poll revealed that 79% of all likely voters in California believe that the state should limit abortion, and 82% of that group believe that abortion should be limited to within the first six months of pregnancy.

According to the poll:

Karen England, Executive Director of Capitol Resource Institute, underscored the poll's findings by stating, "Proposition is 1 is a cruel and extreme 'solution' to a problem that doesn't exist. Even pro-choice voters oppose legalizing late-term, taxpayer funded abortion for any reason up until birth. Abortion on demand is not the answer voters are looking for." 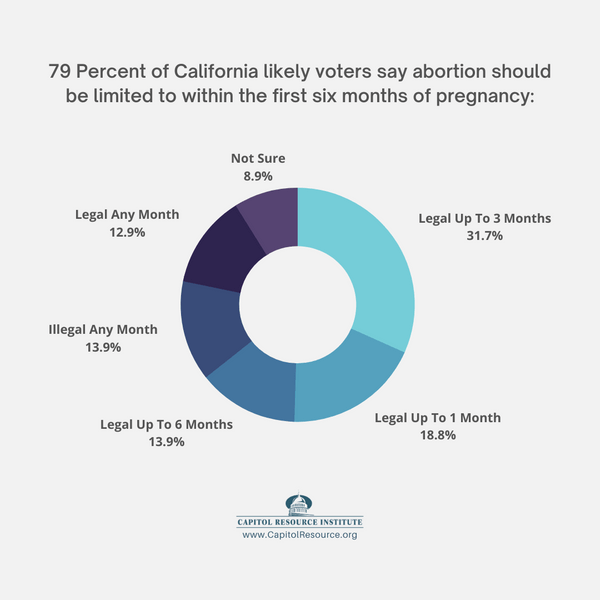 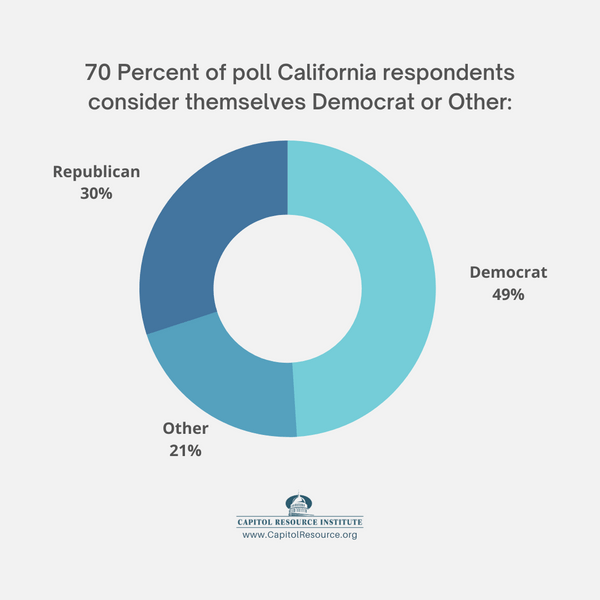 Californians agree, Proposition 1 is extreme, even for this pro-choice state.