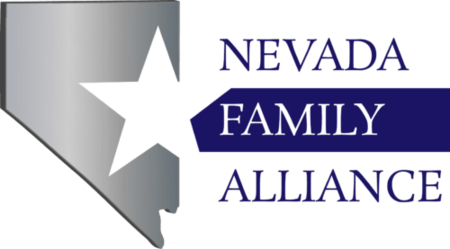 RENO, Nev., June 16, 2021 /Standard Newswire/ -- Since we released our call for body cameras in a Nevada school district, a nationwide outcry over political speech in the classroom has led us to join the fight on a national level.

"The response has been overwhelming. Parents from across the nation are contacting us wanting help to make this idea a reality in their district, "said Karen England, Executive Director and Founder of Nevada Family Alliance.

"Teachers are increasingly imposing their own political views and are undermining parental views and values. Every day we are told of another incident where a teacher is violating the privacy of a student or contradicting the lessons taught by parents at home. Creating a record that could be viewed by appropriate parties, if necessary, might be the best way to urge teachers to stick to traditional teaching," said England.

It is clear that parents are hesitant to entrust their child to indoctrination by teachers spouting their political ideas. Nevada Family Alliance, as a program of Capitol Resource Institute, is prepared to step up to the plate and defend parental rights. Parents deserve the right to have a say in what their child is taught, and we are here to help in any state we can.

As students return to classrooms and racial tensions heighten across America, the increased emphasis on critical race theory as well as explicit lessons in sexual orientation and gender identity has sparked a national movement demanding that schools stick to traditional teaching and avoid left-leaning propaganda. One way to ensure teachers avoid imposing their own political ideology on students is to mandate teachers to bring cameras in the classroom.

Some teachers are going rogue and presenting their own political ideas in the classroom, but in many cases, these teachers are presenting adopted curriculum that might shock parents if they saw it in its entirety. 5th graders have been told that because they are white, they are racists, and telling kindergarteners that they can change their gender if they don't feel like they were born in the correct body. Parents are fed up and are turning to other parents and local resource groups to fight back.

"We expect that the teachers' unions will reject this proposal immediately. But we should ask, what they have to hide? If police do a better job interacting with the public when they are wearing body cameras, how much more important is it for teachers to do the same?" said England.

There is no longer any deference to the authority of the parents in a child's life. Despite the numbers of parents who expressed disdain for the actions of school board members and teachers in their district. This is why cameras in the classroom are a necessity.