Revival Grows in the Coffeyville Basin 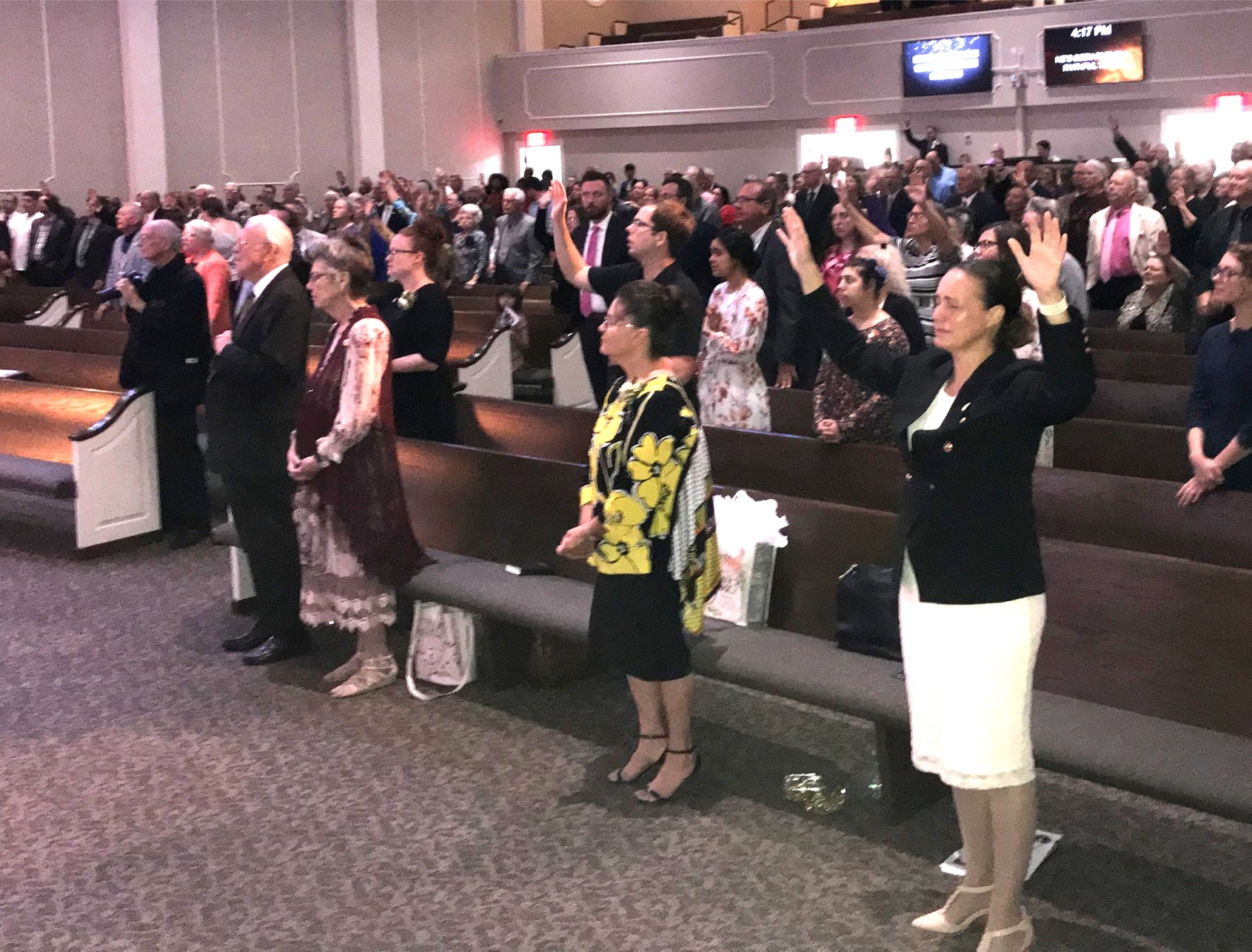 COFFEYVILLE, Kan. Sept. 9, 2022 /Standard Newswire/ -- The Kansas revival of 1901 under Charles Parham ignited the Pentecostal Movement which spread to Houston, Texas. From there it spread to Bonnie Brae Street and Azusa Street in Los Angeles under William Seymour beginning in 1906, where also Charisma author and evangelist Verna Hall Linzey of Coffeyville, Kansas preached a revival in 2012. From Los Angeles it went worldwide. But the flames of the Kansas revival have never died out in the past 121 years, nor has it died out in neighboring Tulsa, Oklahoma to the south.

Rev. Martin hosted the Centennial Celebration of Metro on Sunday afternoon, August 28, 2022. It was packed with about 400 Spirit-filled Pentecostals worshiping under the power of the Holy Spirit. It was a life changing experience with ecstatic utterances and the Shekinah glory all over the congregation. Even the guard who had on him an open carry revolver was swaying under the Spirit in the balcony.

Meanwhile, Coffeyville continues reeling under the Holy Spirit with healings from cancer, blindness and the lame walking. On July 10-11, 2022, a visitation of the Holy Spirit did wonders at First Assembly of God in Coffeyville. Coffeyville First Assembly was the first Pentecostal work in Coffeyville in the early 1920s. "How do you put in human words an experience about the presence of the Holy Spirit which produces the fullness of joy?" said Gary Close, pastor of Word of Faith Church of Coffeyville. The speakers, Pastors Steve and Valerie Griffith of New Beginnings Family Church of Bartlesville, Oklahoma, "were gifts from heaven," said Rev. Close. "Bondages were broken, bitterness was released, hips mended, and testimonies abounded of a lady who was healed of cancer after one pastor in attendance prayed for her at a grocery store prior to the service."

On July 24, 2022 at the 11:00 am Sunday service at Emmanuel Chapel in South Coffeyville, "Debby Phillips was in a wheelchair. She was prayed for and walked about 15 steps without pain, and then was slain in the Spirit for about 30 minutes," said Sister Cheryl Feltner, wife of the pastor, James Feltner. The assistant pastor, Steven Meek, was in the congregation with a very bad back. "When he stood up, he realized he was healed and has not had any pain since," she added.

The youth minister was slain in the Spirit four times. Then Pastor James Feltner was knocked out on the carpet just behind the pulpit by the Holy Spirit for the last 20 minutes of the service. And a woman in the parking lot was instantly delivered from a migraine when she walked in the presence of one of the guest speakers.

By 1910, Bosworth started his own church and ministry headquarters in Dallas, Texas. In 1914 he was at Hot Springs, Arkansas and helped establish the General Council of the Assemblies of God and became one of its first directors. Francis L. Doyle, Verna Hall Linzey's step-father, was also a co-founder of the denomination. Rev. Doyle pastored the Pentecostal church in Coffeyville, Kansas and brought it into the Assemblies of God in 1928 where the Hall Family attended, including Franklin Hall.

In the 1920s, P. C. Nelson, a Baptist minister and master linguist of biblical languages, who became a personal friend of Francis Doyle and mentor of Verna Linzey, went to Bosworth's church in Dallas to investigate the Pentecostal doctrine, and he got the baptism with the Holy Spirit as confirmed by speaking in tongues. 1927, Nelson established Southwestern Bible School in Enid, Oklahoma with a strong biblical language program.

Nelson and his ministry team preached revivals in Coffeyville and the surrounding region in the 1920s and 1930s. On the way back to Enid, they would go through Coffeyville and often stop by the home of Verna Hall (Linzey) when she was a girl. Her step-father and mother, Francis and Alice Doyle, would allow her and Franklin along with their siblings to sit around the table to hear them talk about the Pentecostal revivals they conducted over the weekend. This was why Verna was stirred by the Holy Spirit to eventually go to Southwestern Bible School, where she mastered Hebrew, Latin, and Greek and was trained to be an evangelist. In her 90s, with her skills in biblical languages, she was invited to be on the translation committee of the Modern English Version Bible, published by Charisma, which was presented to Her Majesty Elizabeth II at Windsor Castle in 2016, six months before Verna passed away.

What is happening in Coffeyville was prophesied by Oral Roberts of Tulsa who got his start in ministry after being impacted by the ministry of Franklin Hall of Coffeyville, who became the father of the Latter Rain Movement in America and was Verna's eldest brother. Oral prophesied while flying over Coffeyville, "Right there! A mighty move of the Holy Spirit will take place."

The Coffeyville-Tulsa basin continues to serve as a spring for the waters of the Pentecostal Movement in the region.

James F. Linzey is the chief editor of the Modern English Version Bible translation. He has a BA degree in Biblical Studies from Southern California College, and an MDIV degree from Fuller Theological Seminary. He is the author of numerous articles and books, speaker, and recording artist. He served as a military chaplain for nearly 24 years, attaining the rank of Major. He conducts a weekly podcast on The Baptism with the Holy Spirit on the Charisma Podcast Network.