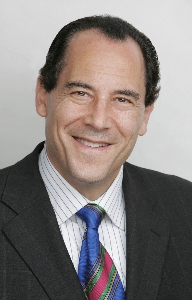 As president and CEO of TiVo, oversees the many innovative business strategies that have helped make TiVo the leader in television services for digital video recorders.

served as chairman and CEO of PRIMEDIA, Inc., the leading targeted media company in the , before serving as president and chief executive officer of TiVo. Prior to PRIMEDIA, Rogers was executive vice president of NBC and president of NBC Cable, where he created CNBC, the nation's leading business news channel, and MSNBC a NBC/Microsoft cable channel and Internet joint venture. Previously, was senior counsel to the U.S. House of Representatives Telecommunications Consumer Protection and Finance Subcommittee's, where he played a key role in the drafting of the Cable Act of 1984.

The Technology Luncheon also features the presentation of the prestigious NAB Engineering Achievement Awards. Since 1959, the awards have honored individuals who have made outstanding achievements and contributions in the broadcast engineering profession.

NAB2007 will take place April 14 - 19, 2007 in (exhibits open April 16). It is the world's largest electronic media show covering the development, delivery and management of professional video and audio content across all mediums. Complete NAB2007 details are available at www.nabshow.com.

The National Association of Broadcasters is a trade association that advocates on behalf of more than 8,300 free, local radio and television stations and also broadcast networks before Congress, the Federal Communications Commission and the Courts. Information about NAB can be found at www.nab.org.