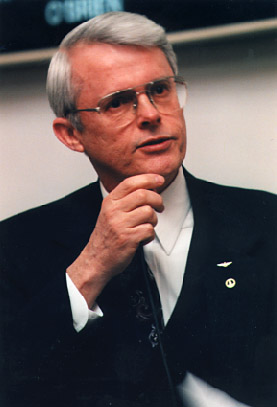 LOUDOUN COUNTY, Va., June 23, 2021 /Standard Newswire/ -- Senator Black (pictured) blew the roof off Loudoun County School Board Meeting as the public hearing explodes in bedlam while Senator Black delivers scathing remarks to the board that sparks parents, who erupt, overwhelming radical BLM activists and the Marxist-leaning "Gang of Six" School Board Members.

WHAT: Press availability to discuss unlawful school board actions

WHY: To counter various wrongful policies and actions by the Loudon County School Board

WHEN: This week, to be arranged

SENATOR BLACK COMMENTS AT THE SCHOOL BOARD POSTED HERE: https://www.youtube.com/watch?v=Gcr-wOzA3_Q

Elementary school teacher Tanner Cross was yanked from the classroom for criticizing the transgender policy during a school board public hearing. Over 600 angry parents and citizens gathered to lambaste the Marxist-leaning school board and the radical Gang of Six who are all subject to ongoing recall petitions.

TEXT OF SENATOR BLACK'S COMMENTS AT THE LOUDOUN COUNTY SCHOOL BOARD

Retired Senator Dick Black was the 70th speaker who rose to the podium for a 1-minute presentation. By then, the packed house was like a tender box. Here's what he said:

"You retaliated against Tanner Cross by yanking him from teaching for addressing a public hearing of this board. The judge ordered you to reinstate Mr. Cross, because if his comments weren't protected speech, then free speech doesn't exist at all.

"It's absurd and immoral for teachers to call boys "girls" and girls "boys." You're making teachers lie to their students, and kids know it's wrong.

"This board has a dark history of suppressing free speech. They caught you red-handed, with an enemies list to punish opponents of Critical Race Theory.

"You're teaching children to hate others because of their skin color, and forcing them to lie about kids' gender. I’m disgusted by your bigotry and your depravity. It's time to replace the radical Gang of Six with people who care about education."

At that, the audience exploded with applause, waving signs, jumping on their seats shouting at the board, and taking control of the meeting. The Marxist-leaning school board hastily left the room as the pro family elements took control, cheering wildly. For the next two hours, they continued giving speeches and demonstrated.

There is tremendous energy and power in the family movement today. Democrats have been rocked back on their heels by the harsh backlash against transforming schools into a hot bed of racism and sexual depravity.