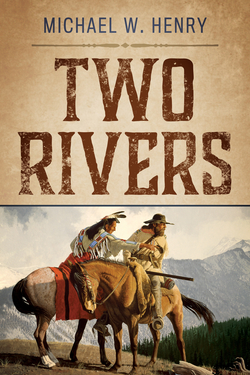 NEWS PROVIDED BY
Redemption Press
May 6, 2020

ENUMCLAW, Wash., May 6, 2020 /Standard Newswire/ --  Life doesn't always turn out like it should—just ask Allen Hartman, who's committed his life to ministering to Indians in the Pacific Northwest. But his westward travels take him a whole new direction.

In 1840 Pastor Allen Hartman leaves behind his white-steepled church in New York, and the woman he hopes to marry, to serve as a missionary to Indians in the Oregon Territory. On his epic westward journey, he is plunged into the dark end of spiritual warfare and vital intercession. His mettle is further tested when he's asked to stay in a village of Arapaho already contending with a malevolent witch doctor—where Allen has to draw upon courage he didn't know he possessed and discovers ministering to Indians is not at all what he imagined.

Arapaho medicine man Two Rivers knows one thing—the Great Spirit is sending White Falcon to help his people defeat the malicious spiritual forces determined to overpower the tribe. But even as White Falcon teams up with Two Rivers, Allen finds himself enslaved in a cave and in a heaven-meets-earth clash of faith with an evil sorcerer. With his life at stake and his new friends unable to help, will Spirit-led prayers of believers lead to a complete victory, or will something be left undone?

"Deliverance in spiritual warfare was my experience," says author Michael H. Henry, a former missionary to the Dominican Republic and Mexico. "My interest in Native Americans comes from natural curiosity and intrigue with their spirituality and culture. . . . When you enter into an understanding of the spiritual realm, things make sense in a different way."

Michael takes readers into the heart of a missionary who expected to do the teaching but also unexpectedly finds himself a student—taught by the wise and fiercely protective medicine man of the Arapaho, and his people.

ABOUT THE AUTHOR:
Michael W. Henry's ministry has spanned from serving as a missionary in Mexico, where he encountered intense spiritual warfare, to planting and pastoring churches in Washington state. A Christian counselor, Michael is certified through the American Association of Christian Counselors and offers spiritual-life coaching to believers searching for deep faith encounters with Jesus. Michael has long been fascinated by Native American spirituality and culture. He and his wife, also a certified counselor, live in Wenatchee, Washington, and enjoy hunting, hiking, canoeing, and other outdoor activities with their four adult children and two grandchildren.