Sight & Sound Partners with Fathom Events on the Release of Debut Feature Film, 'I Heard the Bells,' Coming to Select Theaters this December

The True Story Behind the Beloved Christmas Carol and its author, Henry Wadsworth Longfellow coming to The Big Screen 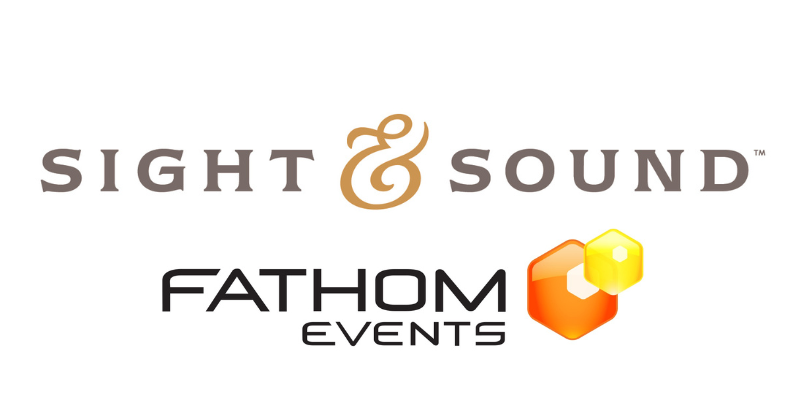 Set in the 1860s, the film takes viewers on a journey through the life of American-poet, Henry Wadsworth Longfellow, who leads an idyllic life – until the day his world is shattered by tragedy. With a nation divided by Civil War and his family torn apart, Longfellow puts down his pen, silenced by grief. However, it’s the sound of Christmas morning that reignites the poet's lost voice as he discovers resounding hope and a rekindled faith.

"As one of America's best-loved and recognized poets, Longfellow was the voice of culture in that moment of history," said Josh Enck, President and Chief Story Officer of Sight & Sound who also served as director for the film. "And as Sight & Sound's first feature, it embodies our mission to tell true stories about historical figures whose lives changed the world because Christ first changed them."

After a devastating loss that leaves Longfellow bereft, he eventually remembers where true hope can be found, finding his faith once again. "I Heard the Bells" is an inspiring story of redemption and rekindled faith.

"We're honored to partner with Fathom Events to bring this redemptive story of faith to movie theaters this Christmas season," said Enck. "We can't wait for people to experience this inspiring true story on the big screen!"

As part of the exclusive Fathom presentation, moviegoers are encouraged to stay after the film for a special discussion with the cast and director. Tickets for "I Heard The Bells" can be purchased at Fathom Events or at participating theater box offices. For a complete list of theater locations visit the Fathom Events website (theaters are subject to change).

About Sight & Sound
Sight & Sound® is a ministry on a mission to create spectacular entertainment experiences for the whole family. Since its beginning as a traveling multimedia show in 1976, Sight & Sound has inspired over 30 million people with stories of faith. Today, Sight & Sound owns and operates two live theater locations, immersing audiences in state-of-the-art original productions. Sight & Sound TV launched in 2020, and this online streaming platform has since welcomed a global virtual audience from over 175 countries around the world. Most recently, expansion into feature films was announced, with a first-ever theatrical release set for cinemas nationwide in December 2022. For more information, visit www.sight-sound.com.

About Fathom Events
Fathom is a recognized leader in the entertainment industry as one of the top distributors of content to movie theaters in North America. Owned by AMC Entertainment Inc. (NYSE: AMC); Cinemark Holdings, Inc. (NYSE: CNK); and Regal, a subsidiary of the Cineworld Group (LSE: CINE.L), Fathom operates the largest cinema distribution network, delivering a wide variety of programming and experiences to cinema audiences in the top U.S. markets and more than 45 countries. For more information, visit FathomEvents.com.