'What is a Man?' Authors of New Book Arming Fathers of Teen Boys, Who are Asking a Question of 'Profound, Generational Importance' That No One is Answering for Them 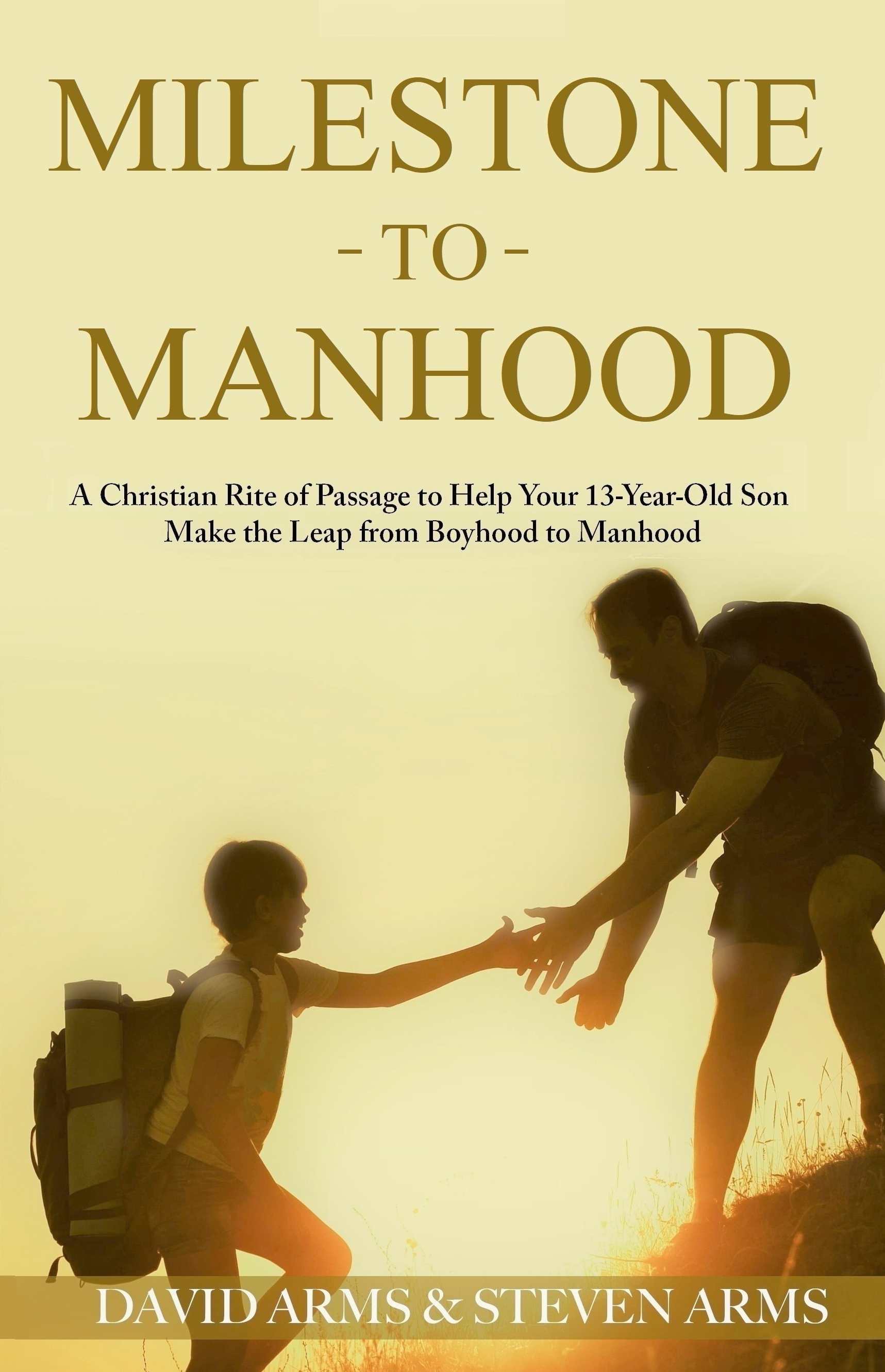 MURFREESBORO, Tenn., Sept. 6, 2022 /Standard Newswire/ -- Dave Arms, a Catholic Deacon in the Archdiocese of San Francisco, planned a trip for him and his son, Steven, upon the boy's 13th birthday that changed the trajectory of his life.

Two decades later, recognizing the profound impact it had on them both, as well as the critical need at hand for boys to understand what it means to be a 'man' in a culture growing increasingly antagonistic regarding traditional manhood and gender specificity overall, they've written a book together — Milestone to Manhood: A Christian Rite of Passage to Help Your 13 Year Old Son Make the Leap from Boyhood to Manhood — about the weekend and how other fathers can plan one for their own sons.

"Am I a man? Or am I still a boy? What makes me a man? Why am I still a boy? Every pre-teen boy asks himself these questions and it's a big deal," the elder Arms said. "Because, when a young man is missing or questioning his masculine identity, a conflict rages inside him. And if it's not addressed, that conflict will manifest itself in his external life."

The book details a once-in-a-lifetime weekend that a father can organize for a boy to mark his entrance into manhood in a meaningful way. In addition to bestowing the title of "man" on him, the purpose of what the Arms men call the 'Rite of Passage weekend' is also to impart life-changing, intergenerational wisdom to him and surround him with a community of men.

"If you don't tell your son what it means to be a man, and that he is one, in a way that's meaningful? Then, he'll turn to other sources to find out," Steven said.  "And he may try to prove to himself that he is one.  Oftentimes, that happens in very unhealthy ways."

Offering the perspective of both a father and son, the book also offers helpful suggestions about potential locations, activities and how to effectively communicate the meaning of the weekend and the expectations, duties and opportunities of a man beyond it.

The Daily Wire's Matt Walsh recently asked 'What is a Woman?' in an extraordinarily popular documentary. And millions of boys are asking the question, 'what is a man?'

Dave and Steven believe it's critical that their fathers are the ones to tell them.

"Past and present cultures around the world have held traditional coming-of-age ceremonies to support their boys during the transition from boyhood to manhood for centuries. These ceremonies were designed to reassure boys in their moments of self-doubt and help them form their masculine identity. So, yes, having this question, 'what is a man?,' answered, is profoundly important.  It will alter the trajectory of a boy's life, his future marriage and family ... and perhaps, generations to come."

The book is available at Amazon and other online retailers.  Dave and Steven are also available for interviews.  To arrange, contact Jason Jones at Jones Literary, jason@jonesliterary.com