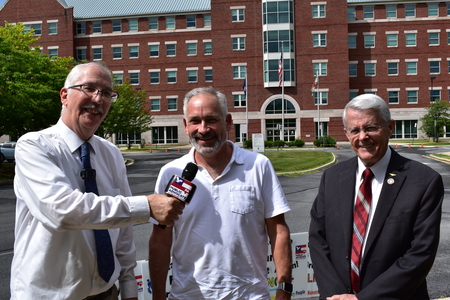 Senator Dick Black is the dynamic speaker number 70 during the public testimony requested by the School Board and explains how he presented his case to the school board that they were operating outside the law and that they had been caught red handed by citizens in tracking them down and attacking them during two twenty minute segments.

Senator Black explains how things got to this point where racism is institutionalized and teachers are being ordered to lie to children in Loudoun County, and throughout the nation, about gender and Godly values. Regarding the disproportionate overreaction of the leftist school board, "the school board was intimidated by the peaceful passion of patriots who sang the Star Spangled Banner with enthusiasm."

"After 30 minutes of ad hoc orderly speeches by citizens in the public board room, the superintendent declared an unlawful assembly. I know from my weekly demonstrations at the Board of Supervisors that Virginia and Loudoun laws spell out exactly what an unlawful assembly is. A peaceful group of parents talking to each other is not unlawful. The superintendent is wrong and I decided to stand up for my rights in light of a clearly mistaken enforcement."

Black and Tigges are available for interviews directly.