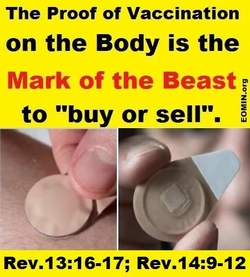 Things are happening in JERUSALEM that are deliberately kept under wraps while we have been distracted with election fraud, TV circuses and scandals, virus 'variants,' etc. ANIMAL SACRIFICES HAVE BEEN GOING ON FOR OVER 2 YEARS NOW, and back in 2017, a visiting New Zealand architect, named Gilchrist, saw what looked like the building of a foundation for a temple, underground at the holy site. He made noise about his discovery and the Times of Israel deflected and basically responded, "pay no attention to that man behind the curtain." Regardless, the Greek word for temple can mean 'fane' (2 Thess. 2:4) and fane can mean 'altar,' which they already have.

There is a lot of deceit surrounding this issue. We cannot take anything at face value. Leeland Jones spoke of an underground temple on youtube, but he did not show proof, only diagrams. However, it would be very hard to show proof because everything is so painstakingly kept under wraps. They know people are watching for a 3rd temple, and want that information hidden.

Another thing, a half-shekel temple coin was minted in 2018; the significance of such a coin is, back in the Book of Exodus 30:15, the Israelite men paid ½ shekel to enter the temple in order to sacrifice. (On a side note, 'news' in our day is basically a tool to steer the public in a certain direction - not openly inform.) Deceit is prospering (Dan. 8:25), truth has been thrown to the ground (Dan. 8:12) and we are on the verge of Seal 3 (Rev. 6:6).

Regardless of what is going on in Jerusalem, OR WHETHER the temple described in 2 Thess. 2:4 is an actual building, an altar or the human body, DO NOT RECEIVE THE MICRONEEDLE VACCINE AND THE VACCINATION MARK THAT GOES WITH IT ONTO YOUR PHYSICAL BODY, especially one needed to buy or sell (Rev. 13:16,17) or to "get back to normal" (a deceitful, underhanded way of saying buy or sell). Take no chances with your eternal soul. There is no forgiveness for taking the mark of the beast (Rev. 14:9-12).

Things are happening in Israel and the mainstream news wants to keep it hidden. On brandnewtube, a few people in Israel were talking about the medical apartheid there. In fact, one woman said months ago, they are close to killing us (the non-vaccinated), AND THEN ALL OF A SUDDEN, THE TESTIMONIES JUST STOPPED, and such reports can no longer be found. Usually, when one or two courageous people come forward and speak out about an issue, more people will jump on the bandwagon, like we saw with more and more doctors and nurses coming out against the Poisonous Depopulation jab... but here, SILENCE. Makes you wonder what is really going on.

144,000 Israelites will be the first fruits to get martyred (Rev. 14:1-5) or beheaded (Rev. 20:4) for rejecting the microneedle vaccine (the mark of the beast, proof of vaccination ID on the physical body needed to 'buy or sell'). The following scriptures apply:

When the dragon saw that he had been hurled to the earth, he pursued the woman [Israel] who had given birth to the male child (Rev. 12:13).

Then the dragon was enraged at the woman and went off to wage war against the rest of her offspring – those who keep God's commands and hold fast their testimony about Jesus. (Rev. 12:17)

IT IS TIME TO TRASH THE PRE-TRIB RAPTURE MYTH and PREPARE TO DIE FOR YOUR FAITH before PARADISE. "They overcame him by the blood of the Lamb and by the word of their testimony; they did not love their lives so much as to shrink from death." (Rev 12:11)